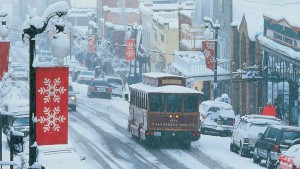 Utah is known for having ‘the greatest snow on Earth’ and Park City is considered to be the jewel in its crown. Last year, following huge investment, it became the USA’s largest ski area when it was connected to The Canyons. The new Quicksilver Gondola that connects Park City and Canyons created America’s largest ski resort when it opened on Dec. 17th. 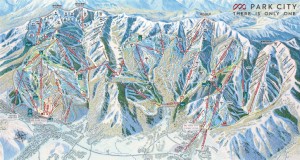 Want more than this then you can venture further afield to Alta, Snowbird and Solitude for some pretty serious powder, steep and deeps.

Park City is a colourful old mining town and has a range of restaurants to suit all tastes – as hotels we offer are bed and breakfast food is an important part of your Utah Ski holiday experience.  There are over 150 places to eat through the resort – all within walking distance or a short bus ride from the centre.

Park City has a good après-ski scene. There are lots of greet bars to choose from like the No Name Saloon and the Spur Bar & Grill – a traditional cowboy venue with live music and a great atmosphere.

A favourite amongst the locals is the High West Distillery & Saloon – Utah’s first distillery and the only ski-in one in the world the last time we checked.

Top picks for fun off the slopes

Bobsled with the best – Head to the Utah Olympic Park to experience five-times the force of gravity while flying down the full length Olympic bobsled run, don’t worry, you’ll have a trained driver in tow!

Dogsledding – In our opinion it doesn’t get much better than being pulled around in the snow by excitable huskies! Dogsledding is the perfect non-ski activity to entertain everyone, from families to those just wanting to rest their legs for the day. 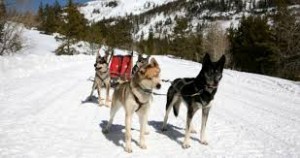